Which Hip-Hop star would be White House Material?

Home Uncategorized Which Hip-Hop star would be White House Material? 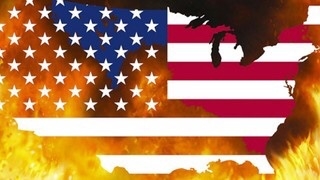 “There’s a lot of things in the system that clearly don’t make sense,” he said, adding that elements of the criminal justice system are often “targeted” towards marginalized people. “It’s keeping many young black men caught up in the system without even committing crimes.” – Meek Mill

” Some people in prison are innocent or just waiting on trial…the facilities are suppose to be for rehabilitation.” – Yo Gotti

The eccentric hip-hop star has constructed three domed structures on his 300-acre Calabasas estate. Built by the Rennaissance rapper’s architectural arm called Yeezy Home, the structures have been described as a housing experiment aimed primarily at low-income and homeless people that hopes to put them on an even playing field with the wealthy.

“I feel like my experiences and my opportunities are the things that I want to bring to our youth and say, ‘Hey y’all, I’ve been able to achieve some of these things and I’m still striving to grow and do even greater things, but I wanted you all to know that you have the opportunity to achieve this and more.” – Common

“We have a problem in this country where poor people get treated like s—,” Killer Mike said. “So what happens is that they treat one another like that. Human beings pass on the trauma that they get. I’m not hard on my people because I understand it’s a learned behavior. And just like you learn a behavior, you can also unlearn it.” – Killer Mike

” They legalized alcohol, they legalized tobacco. What is it gonna hurt to legalize this medicinal, medical marijuana that’s used for purposes of cataracts?”

About Muffin Edwards…….. I have been creating since I was a child and have owned my own licensed business for…

“Life is about choices. Choose to be great” – blaq Let’s talk about you. When are you going to take…

I’m still hyped and still waiting for this collaborative effort from these two vets.  OMFGOD was supposed to have…

Income Tax:Power of a Dolla

To Flex or not to flex? That is the question. Would you rather put your moola in your Bank Checking…

Personally Blaqwhole.com doesn’t approve of some of the messaging in this song. But just for the sake of this battle…

Bar Warz To actually compare verses you must include the totality of their artistry. A listener must take into consideration…

I’m kind of mad that I was a little late on this, but I thought the concept was creative and…

Great interview with Dame Dash.  Many say he’s too arrogant, which he may be, and that he contradicts himself, which…